A downloadable game for Windows

Story:
Your girlfriend went missing after a big fight. You thought she just isn't returning your calls but one night, when you fell asleep on the couch, someone breaks into your apartment and kidnaps you. Then you become a part of their twisted game and maybe of something even bigger.

Controls:
WASD to move
E to interact
F for flashlight
C to crouch

I was very scared

I had fun with this game! The spider gave me the creeps hahaha

Uploaded a video on your game, it wasn't scary or anything personally I thought it was pretty bad but, I did however find it to be quite funny so I did end up enjoying it because of that.

It was ok, but it was too boring and nothing intresting happened throughout the game. The only part that was good were cutscenes and the first part where the guy gased you. He was extremely scary. Like the part where the guy asks you a riddle ruined the game for me. The riddle didn't make any sense and the only thing that i did was look up he answers on this page. This game should be longer, have more chasings and spoopy stuff. The spider part actually was pretty good. I loved that part. This game would be intresting if there were more things to explore and other things. Overall, not a bad game. Extremely good for itch.io. I will give it a 3. (/10) stars. Just kidding. I will rate it 6.5/10. Pretty good.

So they sent me the worst room ever, I am not impressed!

I absolutely loved this game! My only complaint was that I wanted more!

Enjoyed it, but i wish it was longer because i found it quite interesting!

It's a very interesting game, it needs a bit more of scary stuff, but I'm interested to know how it progress. Keep it up!

Reply
ZEOPLAYS3 years ago
I hope you guys enjoy the review.  There were some good parts and the concept was fascinating.
Reply
boylag3 years ago

A very interesting game. A little more polish and gameplay this could be darn good.

This was a pretty cool game. Jumpscares got me really really good, sunflower room with that spider was very creepy n creepy to listen those sounds as well but the only problem I have with this game is its plot and riddle which quite tough. I have no clue what that ending was kinda like. Like wife got kidnapped then us n we r put in this Saw type situation where u cant just win n ends with ghost type stuff in murder or deep web type dungeon which feels quite odd. But other than that this was quite fun to play

The game has potential, but the demo was so short. I hope the full game to be released soon.

This is quite an interesting game. Has a few different situations to play through but with a few tweaks here and there and more content could really be a house of horrors type of game. Overall tho a well made and fun game... :)

Definitely enjoyed this one, it got me good a couple times! I can see where people who have arachnophobia would hate this game but lucky for me I don't. Either way the "sunflower room" did get intense at times. One thing I didn't like was the riddle but that's just because I'm a moron and couldn't solve it!

Reply
JaseBringsPi3 years ago(+1)
The puzzles were pretty good, overall I liked the game but felt like there could've been more. ^^
Reply
Simplyjay3 years ago(+1)

Really fun concept, I enjoyed the thought that the girlfriend was kidnapped and now you're being kidnapped as well, I think it would be pretty cool if the girlfriend was in on it, of course this being a demo you can't show more involvement with the girlfriend. I did go back to the room and pressed both buttons, I don't know if thats a thing of ease right now or if you truly have no intention of killing the character, I was really interested to see how we would have died though. And I absolutely LOVED the sunflower room, I think its a peak into the mindset of whoever is doing this, whether it be somewhat childish, somewhat pretty, a peak into where this is located, etc. I would have really loved to see that room stay gorgeous but be darker, I think the clash of beauty and terror is something that should be in so many more games, but I think its hard to do, I think you've hit it though. I love the concept of having the spider chase us, but I wish it was a bit more realistic, maybe the sunflowers are a bit poisonous or hallucinogenic and that's why we see the spider, but what I thought would have just been the cherry on top was because the sunflowers are already growing in patches I thought it would have been so cool to see them growing out of body bags like... ughhh that would have been so good. But I am super excited to see where you go with this and I think you'll go far! I'll be looking for updates :) Great job!

I am too stupid for this game lol

HEY THIS IS TO SCARY BRO!!!

This game is so dark, and also f*** that spider lol + my guess on the riddle was pure luck!

This game was super spooky! I still dont understand the riddle at all, really hard to understand whats being said, but besides that the game was alot of fun!

I really enjoyed this game! It has a lot of potential.

Great game. Wish it were longer though. Hoping you guys make a part 2!

Great game i love the saw feel and creepy vibe to this game. That spider part was great i hate spiders so that made me feel a little scared and that's exactly what a horror game should do. The story was pretty weak and i didn't really care for the guys

girlfriend but apart from that i really liked it.

I liked the Saw vibe this game had going for it, I'd say I'll definitely be playing it once it goes beyond the Demo stage! Thank you folks for having it available!

The dang spider, if anything I hesitated the most at that part because, as I state, just not a fan of bugs! All around pretty cool game, a lot of bloom and chromatic aberration, those are just two huge graphic features I'm not the biggest fan of. I wish the ending was a little bit more suspenseful, these games usually get a jump scare or two out of me, but I believe it wasn't a terrifying enough build up for me to open my mind up to fear (if that makes sense). The thing appears in front of you, what really would have got me, is if it chased you. Other than that, Lifo is a decent short game that displays the beauty that is the Unreal Engine.

Interesting game, interested to find out what the thing at the end was, a supernatural being maybe? honestly it creep me out. good job, build  up a good mystery plot. will there be a continuation?

love the game really good and had a lot of fun with it also like the ideas very cool cant wait to see more of it!!

NOT A FAN OF CREEPY CRAWLIES! | Lifo

this game was great!! the gas mask guy was really strange! and that big spider... OOH NOOOO!! im out! XD great job on creating this game!!
Reply
Viewing most recent comments · Next page · Last page 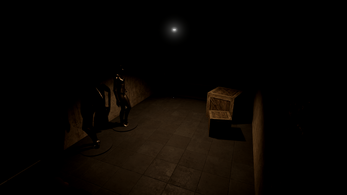 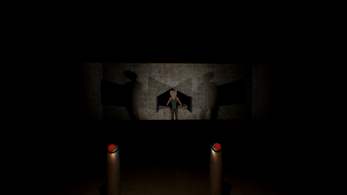 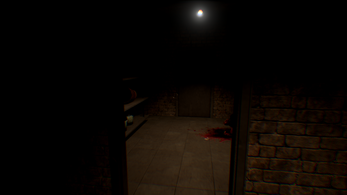 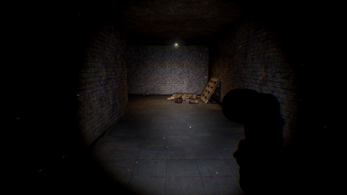 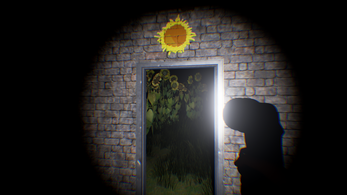